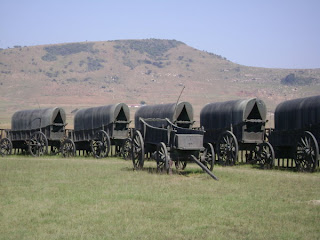 Tomorrow is the Day of Reconciliation which has had various incarnations - Blood River Day, Dingaan's Day, Day of the Oath and now in the new democratic SA, Day of Reconciliation. It's an interesting example of how apartheid has been subverted in SA. A day originally held by a small group of Afrikaans Trekboers to remember the massacre at Blood River of a Trekboer Party led by Piet Retief, by Dingaan and the Zulus, it was considered to be almost a Holy Day. The site has a life size replica in black metal of the oxwagon laager that was used to try and keep the Zulus at bay and tomorrow there will be another Remembrance Service at the site.

The Truth and Reconciliation Commission opened up many unhealed wounds in the psyche of South Africa, allowing for some cleansing and renewal, some forgiveness after the discovery of the real story behind so many deaths. Racism is still alive and well in South Africa, as it is in many countries around the world, not confined only to Afrikaaners or Germans, much as some people would like it to be. I work in a company and office where I am the only white person and yet I feel accepted and loved by my work colleagues. Perhaps I have the advantage of an upbringing that stressed tolerance along with honesty and a career of working primarily in black areas with black people. I also have the advantage of being part of a family that includes Zulu/Xhosa, Hollander, British, German, Irish, Indian and Afrikaans, along with Catholic, Jewish, Pentecostal and Methodist members and blood ties. When you have such a polyglot collection of relatives it's difficult to hold onto racism or religious bias because by doing so you exclude some of your family members.

For this season of peace and joy I wish that we might all find our common humanity and accept all people, whatever their background, race, culture or religious inclination. If we start with families we can move out to the wider world and start to make a difference there too.
Posted by Jayne at 1:19 PM 5 comments:

We woke on Saturday morning to one of those perfect days that come after rain - bright blue sky, sunshine and a beach just waiting for us. Kiff, Tag and I headed off to the river, tennis ball in hand, and proceeded to have the most wonderful morning swimming, throwing and catching the ball, playing with other kids and getting sunburnt and sandy. It was marvellous. The water temperature was just right, the dune we tucked into to was out of the easterly wind and we avoided all the crowds on the beach. Tag swam out into the river hundreds of times to collect the ball until even he was exhausted and cold. A spaniel and water, a boy and water, a mom and water - the perfect mix of fun, laughter and happiness - a magic like no other.
Posted by Jayne at 1:06 PM No comments: 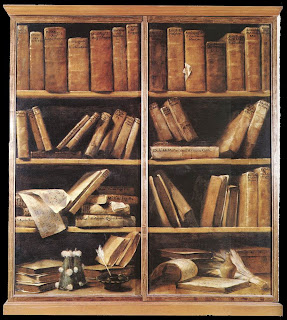 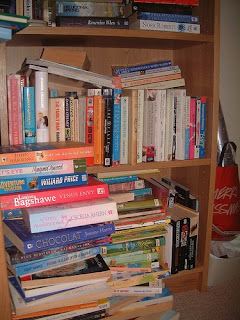 I had some time to browse in Exclusive Books yesterday, something I haven't done since we moved offices in August and we are that much further away. Bad mistake. I saw so many books I would love to buy, either for myself or various members of the family. The new Diana Gabaldon is out and I would love to bury my nose in that book and follow Jamie and Claire's story again. The next Robert Jordan, finished posthumously by another author but to his notes and vision, is sitting there temptingly. There's a beautiful new book on the Eastern Cape where I live that is lavishly illustrated and full of fascinating info if I know anything about the authors, which I do. There's the new J.D. Robb story about Eve and Roarke that would fill a space on my bookshelf nicely. And that was just in the quarter of an hour I had before Mike and Kiffa arrived to hoik me out of the shop's alluring toils.

They tell me there's no more space in the bookshelves - true; we can't afford them anyway - true; you can get it from the library in a couple of months - maybe, but its not the same as owning it. I'm a bookaholic, I admit it freely. The one trip we had to the UK and NY ended up with two boxes, weighing 25kg apiece being mailed by sea, full of new books we had bought. I still treasure them. My mother still tells the no-doubt apocryphal story, of looking under my bed when I was about 16 and pulling out over 50 books I had stashed there. When asked what they were doing there, I replied, I'm reading them - true, no lies, I was.

Another time, when I was younger she came into my bedroom and asked me to stand up. When I asked why, she said, "I'd like to see you vertical instead of horizontal for a change and your face without a book in front of it". My son swears I was born with a book in my hand. Certainly the only reason I went to school was to learn to read and came back highly disgusted after the first day because all we did was play with plasticine and the teacher hadn't taught me to read.

So I am a voracious and omnivorous reader, an avaricious collector of books, a haunter of bookshops - whether new or old, and have a head stuffed with bits and pieces from all the books I have read. If someone has a problem, I can always recommend a book to read on the subject. I'm a killer at Scrabble or Boggle as I have a head full of words, many of them no longer in common use and to relax I see how many words I can make from one fairly long one. The best I ever did was about two pages packed solid. I used to score myself - 1 point for every 4 letter word and an extra point for every extra letter in a word. I no longer bother, I'd much rather read or play with another word.

As I was raised on bedtime stories, so has my son, except that they morphed into bathtime stories as I sat on the loo and read aloud to him from Brian Jacques or Tolkein or Harry Potter - his favourites. I do all the accents - some better than others - I sing all the songs and enjoy it just as much as he does/did - he's now getting a bit big for it, but he still enjoys being read to as well as reading himself. His bookshelves are just as full as mine and Mike's and he will happily sit/lie down to read for a couple of hours. It's probably one of the best gifts we've ever given him. He knows that a home needs books - they allow one to reach worlds and spaces and times that we would otherwise never experience.

So here's to writers and their readers - a completely symbiotic relationship and one of the most satisfying I know.
Posted by Jayne at 11:22 AM 1 comment:

Childlike Wonder at the world 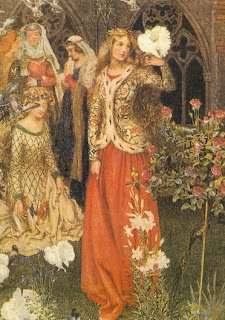 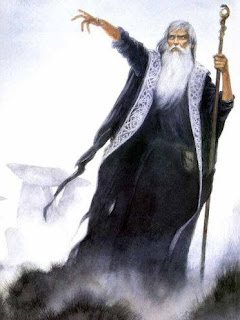 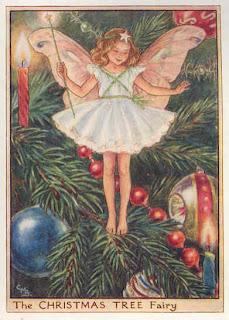 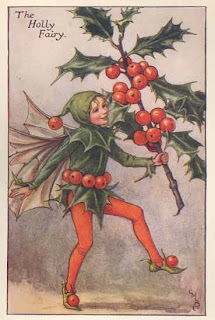 As my family knows I love fantasy and scifi books, in fact I'm an omnivorous reader and have been all my life. I also managed to believe in the tooth fairy until I was 10, Father Christmas until I was 14 and still believe in angels and that there are indeed 'more things on heaven and earth than we shall ever know' or whatever the correct phrase is. So here are a few quotes and pics for those who still have a childlike belief in the supernatural and have not become crusty cynics....

“Do not worry if you have built your castles in the air. They are where they should be. Now put the foundations under them.”
Henry David Thoreau

"Love is that condition in the human spirit so profound that it allows me to survive, and better than that, to thrive with passion, compassion, and style."
Maya Angelou

"You have to leave room in life to dream."
Buffy Sainte-Marie
Posted by Jayne at 4:08 PM No comments:

Your fairy is called Tangle Goblinglitter
She is a bringer of riches and wealth.
She lives at the bottom of tangled gardens and in hedgerows.
She is only seen in the light of a shooting star.
She wears tangled dresses of multicoloured petals. She has gentle green wings like a butterfly.
Get your free fairy name here!

I really wish and wish upon a star that she would come to stay for good - some riches and wealth wouldn't go amiss at the moment!!!
Posted by Jayne at 4:04 PM No comments:

There's an old saying that when troubles come they come not singly but in battalions - too true. Health, finances and my car have all been troublesome - the last must be feeling as elderly as I was in my last post. After a week of rain it decided that it really didn't feel like starting up at all this morning. We've had a series of problems with it - rats eating the carbon from the leads, burnt out spark plugs, and then, when everything seemed ok it started spluttering again because it didn't like the weather - the car equivalent of arthritis I guess. So back to Paul, our South African Russian mechanic who does wonders without charging proshop prices. When he sees the car arriving he's taken to hiding his head in despair! Hopefully he will diagnose the latest problem and come up with a solution for it.

He won't be able to do anything about the rust rash that has broken out all over the bonnet and roof - six months in Kidds Beach and it's completely freckled with rust - sea air is a killer on cars and computers. Happy day, however, the rain and clouds are gone and we woke to a brilliant blue sky and sunshine and a payment into the bank so we can actually fill the car and drive in to work and Mike and Kiffa can watch England and SA play cricket at Buffalo Park. So the bad luck and troubles are leavened by some good.
Posted by Jayne at 12:14 PM No comments:

Feeling quite elderly today - every muscle seems to be stiff and sore. Started last week with sore shoulders after doing some ironing, then worsened after washing and defleaing the dog on Saturday morning, before finally pushing up into major pain after a full morning - 7am - 1pm - working in the school tuckshop for a school PTA fundraiser. Much bending and straightening required to pull out multiple beers and cool drinks to serve the thirsty cyclists who finished the K2K - King William's Town to Kidds Beach cycle race. Hobbled home with hips and lower back screaming. The result of course is I'm full of fibro knots and trigger points and need some good physio.
Posted by Jayne at 10:29 AM No comments: